Why is my Google Maps, Chrome and iMessage breaking on my iPhone? 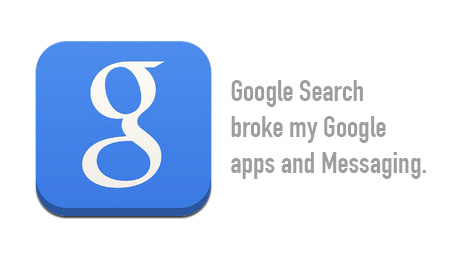 I’ve been searching for the answer for weeks with my iPhone. It was driving me crazy.

First, it was Chrome. I would open the app and nothing would work. Then my Google Maps app (which I rely on heavily) wouldn’t work. And if I went to Apple Maps, it wouldn’t work either.

Then quickly after that, my iMessage would stop working correctly as well. The notifications badge wouldn’t clear.

Here’s what fixed the problem. I had deleted my original Google Search app. With it gone, none of the other apps would work correctly unless I shut down the phone and restarted.

Once I added the Google Search App back and logged back in, everything has been fine. 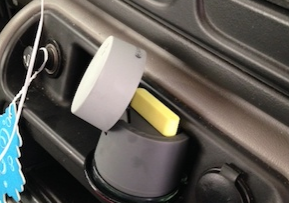 What’s the best iphone case? I really like Case+ System 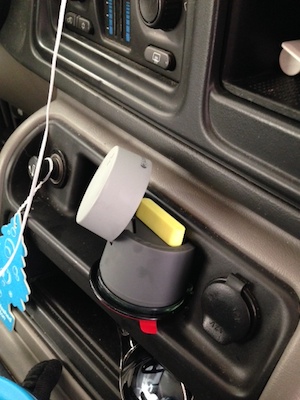 My Case+ Car System in the dash of my truck

I’m a pretty cheap guy. My wife can attest to this fact.

If I can find a free or inexpensive version of something, I’ll spend more time and energy to find the free version then just to pay for it in the first place.

So when it comes to iPhone cases – I simply don’t pay a lot. If it is plain and simple (I’m not a fan of overly-designed, unique cases my daughters love), then I’ll pick it up.

But then I was given the Case+ system as a reward for doing some work for a friend. I reviewed a cool new product that I’ll tell you about when it gets released. I think you’ll love it.

Anyway, I got this Case+ system in the mail the other day. It was something that I would have never bought myself because I didn’t think I needed it.

Wow, did I ever need this.

First, let’s talk about the case. It’s solid with rubber on the ends and brushed metal in the middle. I have never seen a case like this and immediately I fell in love with it.

Let me tell you why. Because it’s as nice as the iPhone itself.

I hate putting a case on my iPhone. I think it really ruins the feel of the product. But I’m also a dropper. Remember that from “Friends” when they are throwing the ball around the apartment all day and Chandler wants to play to.

Well, I hate to admit it but I drop stuff all the time and I really don’t like buying new phones so I have to have a case.

And cheap cases make my phone feel cheap. Hate that. This case+, not so much. Top end feel.

But metal does more than just look good. It’s functional, too.

This is where the foldy stand (just like I have for my iPad) fits. You see it has this little folding panel that snaps on and can stand the phone up so I don’t have to hold it all the time. It also folds up to hold my headphones (suggestion from my friend who gave it to me) and I can hold my iPad pen (which I’m always losing in my bag).

But the metal also works with the car stand. Now I used to not need a car stand because I didn’t have much of a commute to work. But nowadays with a 30 minute commute on a good day, the stand works out perfectly in my truck.

Instead of trying to hold the phone and navigate my podcasts and music with my thumb, I just put it on the stand and it locks right down. I can easily see the screen (when I’m stopped at a red light) and just touch what I need vs. picking it up and fumbling around (remember I drop stuff).

I do think my favorite part of the Case+ system is the battery. Wow, why have I been killing myself for so long looking for power at every airport or conference room?

Or why have I stopped using my phone because I’m stuck in a cab or have forgotten my power cable at home?

The battery pack (which doesn’t look like a humpback whale on my phone when plugged in) is awesome and clicks right in. You don’t even have to take the case off to charge it. The design is ingenious and I totally recommend getting the system for the battery alone.

Anyway, I just wanted to say that I never realized how awesome a iPhone case could be until I got the Case+ system. You definitely need to check it out if you haven’t already.

Do you have a favorite iPhone case? Would love to hear about it.