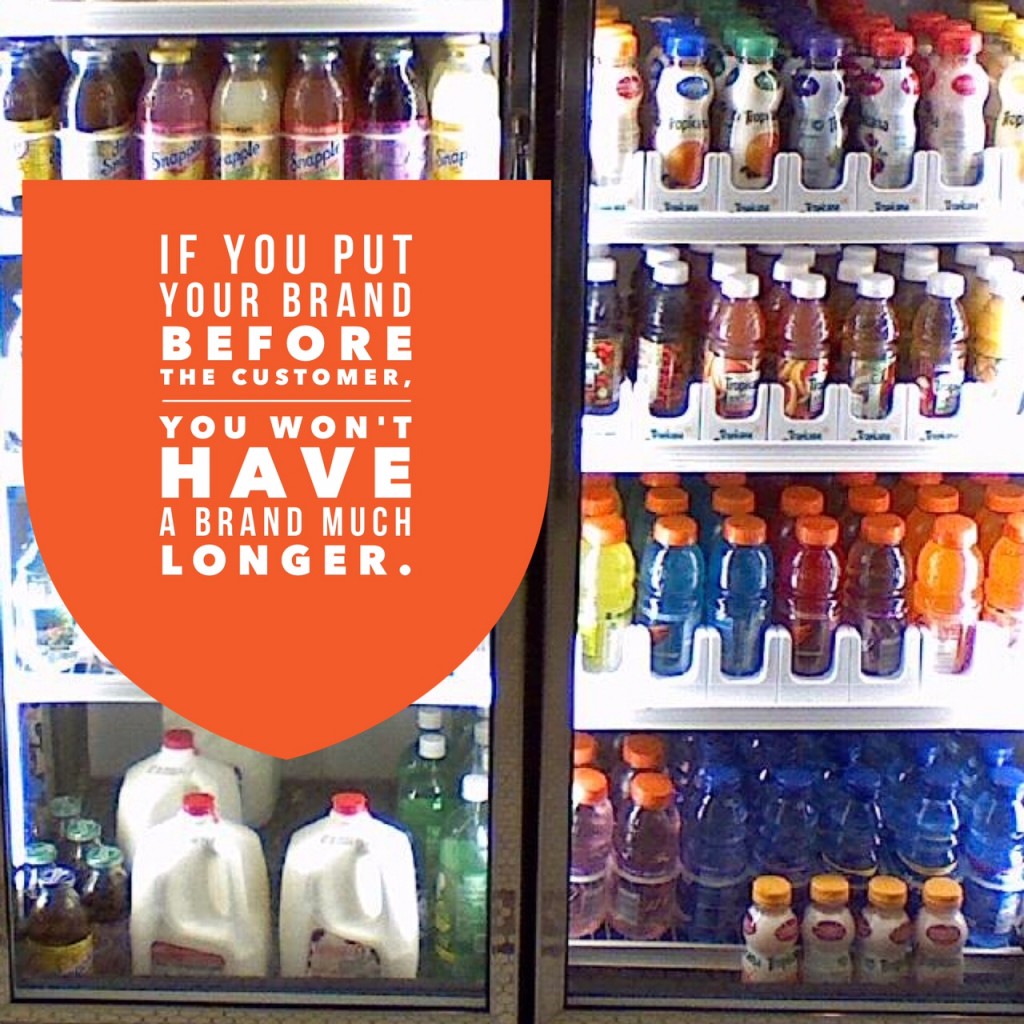 The quote above came out of a private session with Edelman and Crowd Companies and I thought it was very appropriate to the food industry.

Many things are changing with our customers.

Are you keeping up with the changes or just wishing things would go back to what they were before?

My grandpa used to say “You can wish in one hand and spit in the other, which do you think will fill up first?” Well, it might be a little different than that but this is the G version.

Anyway, Crowd Companies with Jeremiah Owyang (you should follow him) pulled together a great lineup to speak about disruptions in their industry and how they were handling them.

Whole Foods spoke about their relationship with Instacart. – for those of you that don’t know Instacart deliveries groceries to you in an hour. Instacart was also featured in American Foods 2.0 (another session I attended).

WF was noticing more and more Instacart employees in their stores getting groceries.

This could have been seen as highly disruptive to Whole Foods – I mean, their stores are meant to attract people and keep people inside to enjoy their shopping and sampling experience (this is why they spend a lot of time on educating their employees on customer service) and clearly Instacart is taking away the customer experience.

Instead of kicking them out and banning them from the stores, Whole Foods met with Instacart and figured out how they could work together. How could they make the Instacart/Whole Foods experience like going to Whole Foods.

So they started experimenting with things like they have set up remote registers so Instacart can easily ring things up as well as putting refrigerator units near the doors so Instacart people can get things quickly and efficiently. They worked on integrating their customer service people so Instacart could answer food questions like Whole Foods does. How smart is that?

One of the speakers said, “How can we figure out how to disrupt ourselves before someone else does?”

That’s important as you look at the image above with gallon jugs in the refrigerator section. The dairy industry is ripe for disruption in all aspects of farming, production, packaging and experience.

That’s why I think the Common Voice network (if you want to know more about Common Voice, just email me) along with many of our new initiatives are important to the industry overall. Common Voice brings up these kinds of questions and we work together as an entire industry to figure out solutions.

You have to anticipate where the customer is going and meet them there with the products they want at the time they want it.

The gallon jug? It’s still useful in bulk capacity for some customers but there’s a lot of other ways people could get milk or a milk beverage. But right now, there are tons of other choices and few are milk based.

Hallmark was also there presenting and they spoke of the new maker movement – where people create speciality items and sell them online for special occasions.

Instead of ignoring this new movement of creators, Hallmark embraced them and showcased their goods right alongside the standard Hallmark fare as well as brought in these artists to teach others how to make these speciality goods.

They didn’t have to do this – they could fight the good fight and keep wishing that their past customers would come back and fill the stores wanting the exact same experience in identical stores – but they did and it’s successful at getting people back in the stores.

This showcases Hallmark as an organizer of hard to find handmade goods for special occasions not just “dustables” as they referred to them. Love that term by the way.

Next up was Verizon and they spoke about their special projects in helping the auto industry use their technology to turn car ownership into car rental-ship by using their mobile devices. This from a telecom?

Finally, I’ll finish with Jeremiah’s Crowd Companies Disruption chart. He’s charting out companies that are disrupting industries and could possibly end up becoming the newest leaders in our new economy – the sharing economy. 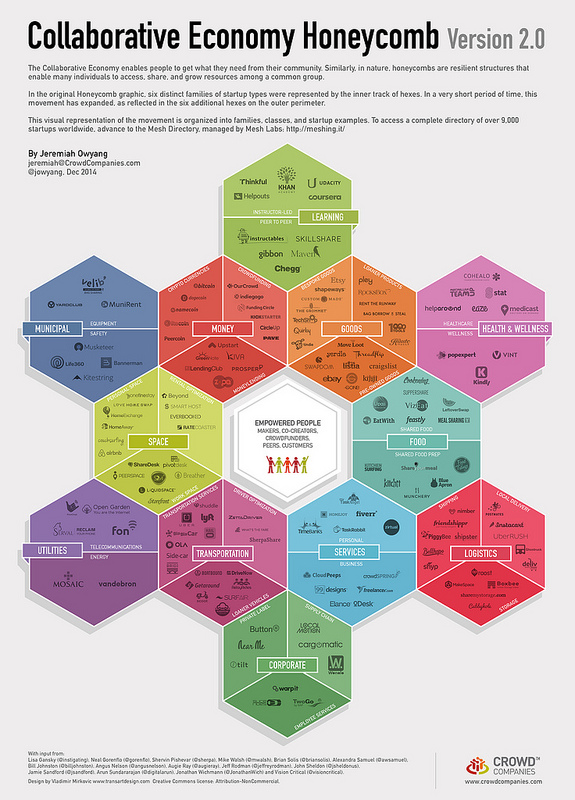 What do you think?

And if you think that disruption isn’t really a thing – that’s it’s still too new – consider that I used Lyft instead of traditional taxis almost the entire time I was at SXSW to get around. I was more comfortable having a stranger pick me up in their car vs. waiting on cab.

Because I love the technology. It’s shows me the driver and his car, the ratings, it tracks where they are on their way to get you, and I don’t have to use cash or credit card. And they were faster. They changed my habits and I’m happy for it.

Is ag ready for this disruption?

I think we should be thinking about how to disrupt ourselves before someone else comes along and does it. Get involved with Common Voice. It’s the smart disruptive thing to do.

Can half a second on your website determine the trust of your brand?