So we won a few awards from eduStyle.

Now, I like awards but sometimes they are all flash and no ear-ringing, crater-leaving BOOM!

I would like to say that both of these sites that won actually have craters as well.

They win in usability and what they were intended to do. Pull in the audience and get them to experience a story here at Notre Dame.

Crazy traffic at the Notre Dame Gameday site. So much that we are revamping it to make it even better (coming soon) and it will become more of a central hub for everything on a Notre Dame Football Weekend and not just a cool calendar system. END_OF_DOCUMENT_TOKEN_TO_BE_REPLACED

Web Writers Needed – All The Time, Every Time 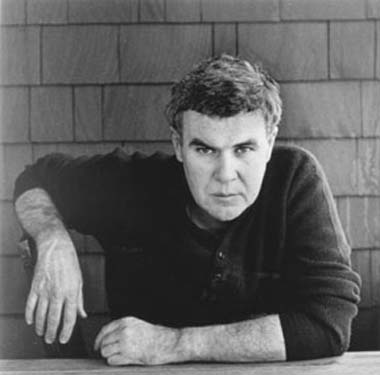 Every project, every time, it always comes down to the content.

It’s very weird to me that no one questions the content in a print project – it’s required. The content helps drive the design and needs to be finalized (or as close as it can get) before we begin designing the piece.

But when it comes to the web, people tell me they can get it done later.

They say, “Let’s design it out and then add the content.” And silly me, I let them.

Let’s design the homepage with fake latin – here’s a free latin generator if you want one. Then let’s get upset when the real content screws up the design on the homepage.

Let’s design out a few sub pages – what we think we might need. But then when we add the content and it doesn’t look right, let’s blame the designers and developers for not understanding how it was going to look.

Seriously, I don’t think I can take this anymore.

First off, I had a blast at Social Media Day that was thrown by Pinnacle of Indiana.  Michelle Hillaert rocks and you should follow her.  So does LaSalle Grill for letting us take over the Club LaSalle.  Very classy place.  BTW, if you go in and you give them the code word, “Irish”.  They will give you half price appetizers for the entire month of July.  Pretty sweet.

And if you head over to Pinnacle of Indiana or call them at 74.235.8100 and say “Irish” they will give you an hour’s worth of IT consulting or social media consulting.  That’s pretty sweet as well.

I would also like to thank everyone on the panel:

I learned from them than I did at many panels I’ve attended on social media.  They were an eclectic bunch but all smart and very social people.

As I mentioned in my talk, it’s hard to get up and talk in front of a bunch of social media people.  They know what they are doing so what can they learn from me.  Probably not much but I tried to hit on a topic that I run into all the time, selling social media as a legitimate form of marketing.  It’s worth my time and their ROI on me to do it.

So how do you sell social media?

First, don’t try and force or say something silly like everyone else is doing it.  That may work but if things don’t start jumping right away or you don’t have 586,958 friends in the first week, they may change their tune. END_OF_DOCUMENT_TOKEN_TO_BE_REPLACED